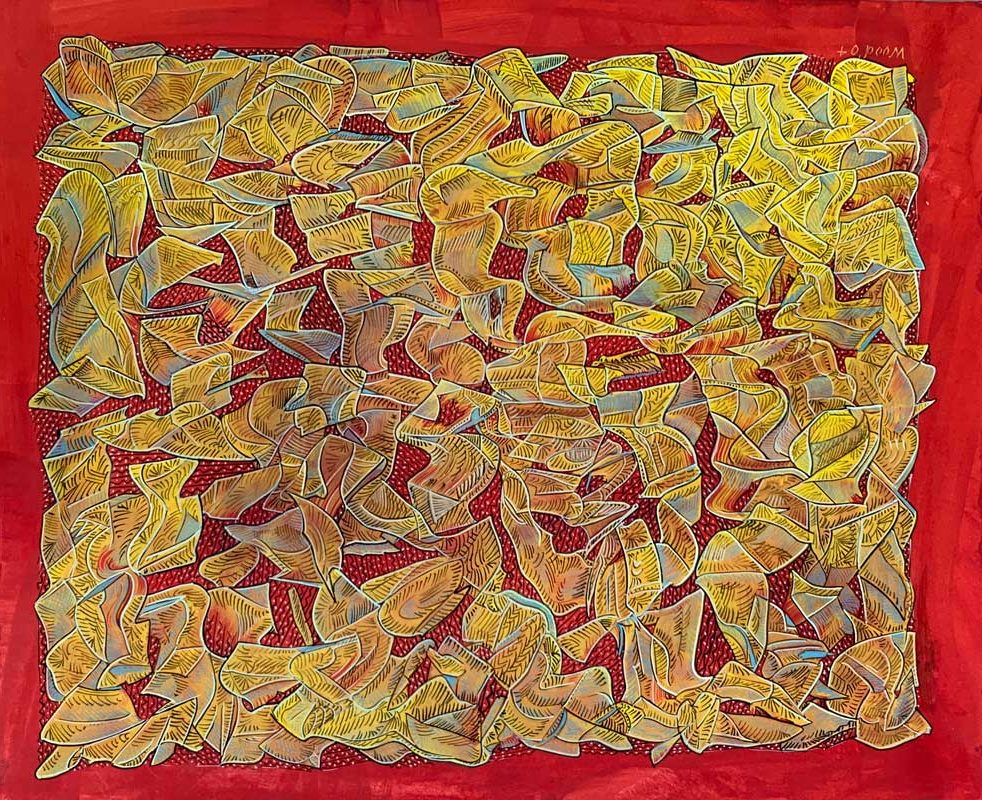 Stan Wood was born in Salt Lake City in 1941, but graduated from Portland’s Grant High School in 1959, after which he received the Scholastic Magazine scholarship to Rudolf Schaeffer Design School in San Francisco. After the program, he continued on to BYU and then Portland’s Museum Art School, which was interrupted when he was drafted. After return, he continued his work at Museum Art School and graduated in 1971.

His days were filled with art, both visual and music–when he wasn’t making visually intricate pieces of paper and masonite, he was touring and playing music with his band, Upepo. Stan’s spirit of innovation is in his paintings and in his invention of the Vibraband, a whole new musical instrument. Wood’s complex and inviting art showcases his training from the Museum Art School, BYU, his peers, and his natural talent for creating something new.

Stan’s first show of his paintings was in The Dalles, Oregon in 1961. Since then, he continued to have numerous shows all over the West Coast, including at the Portland Art Museum and the Seattle Art Museum. Wood was featured in The Northwest Annual in 1965 show and The Oregon Biennial show in 1971. After a few decades of participating in art shows and as part of different musical performances, Stan retired from touring in 2007, and would lend his time to local broadcasting now and again.

Stan Wood passed peacefully in 2014, but his art and music are still enjoyed by people all over. 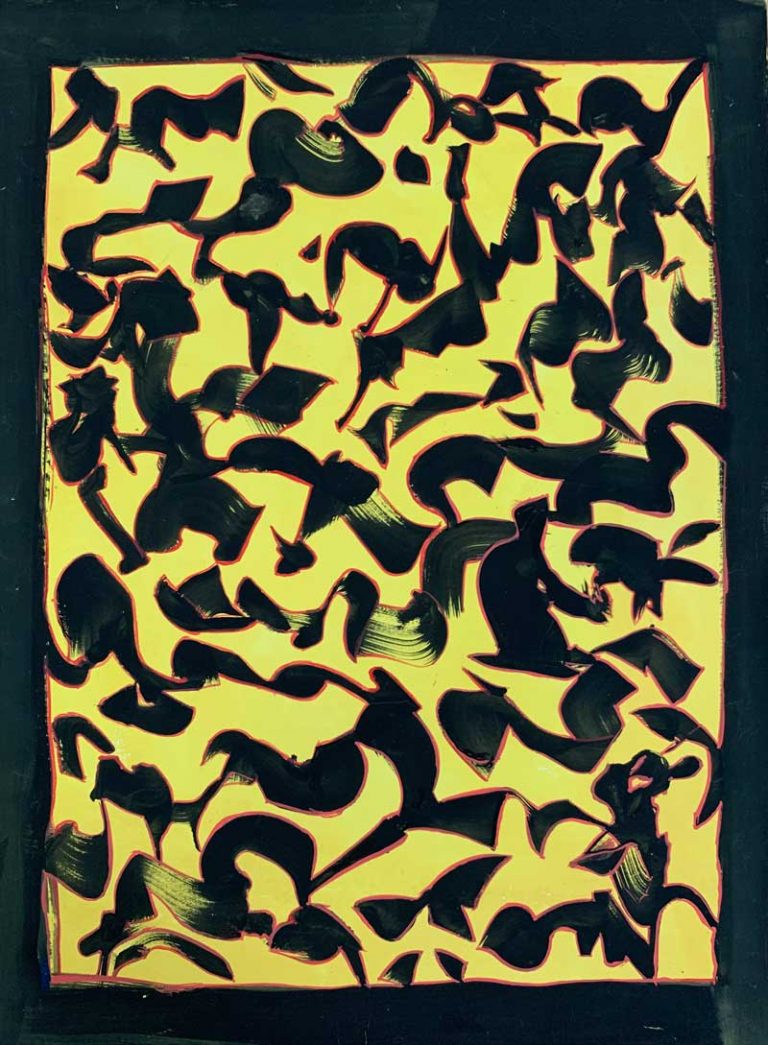 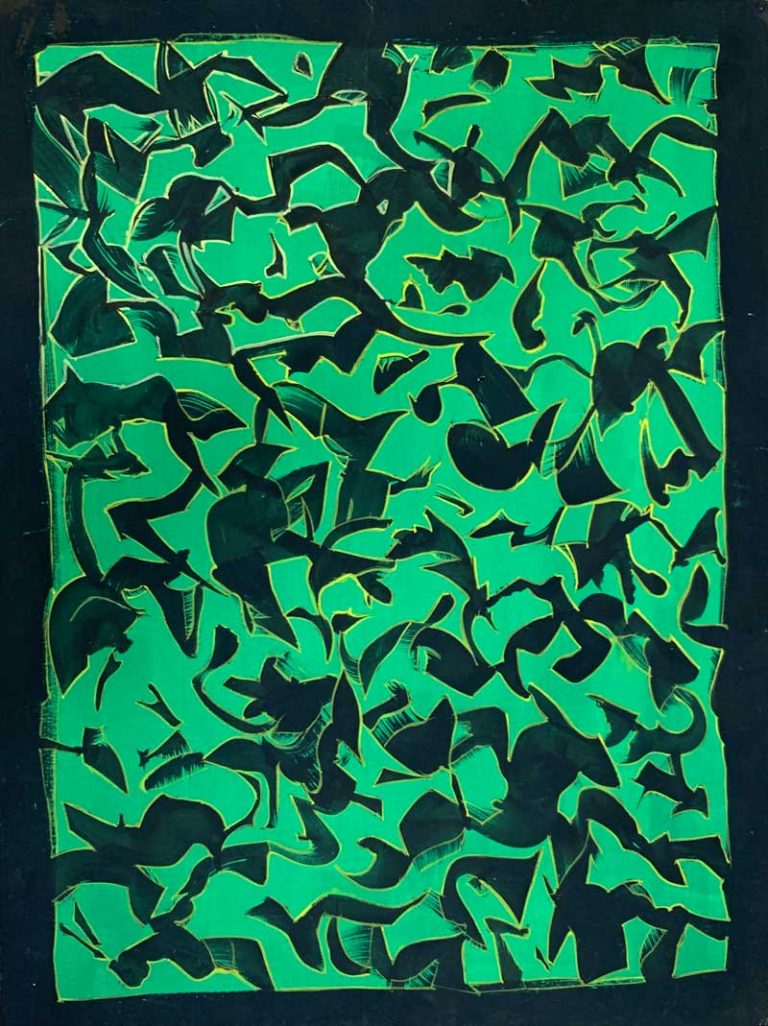 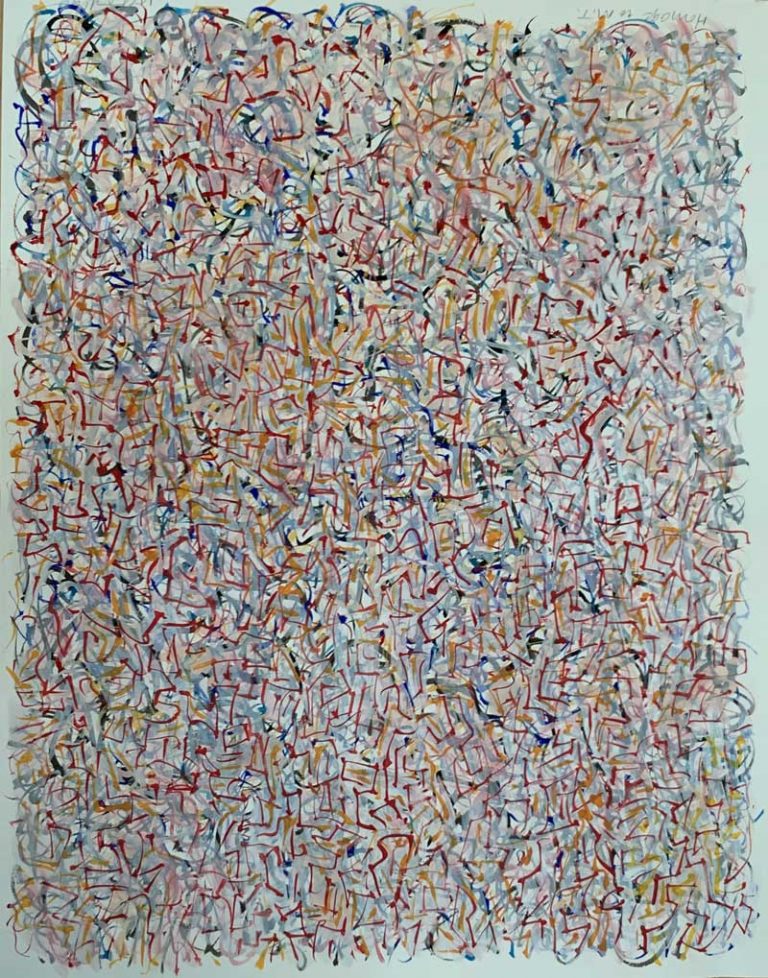 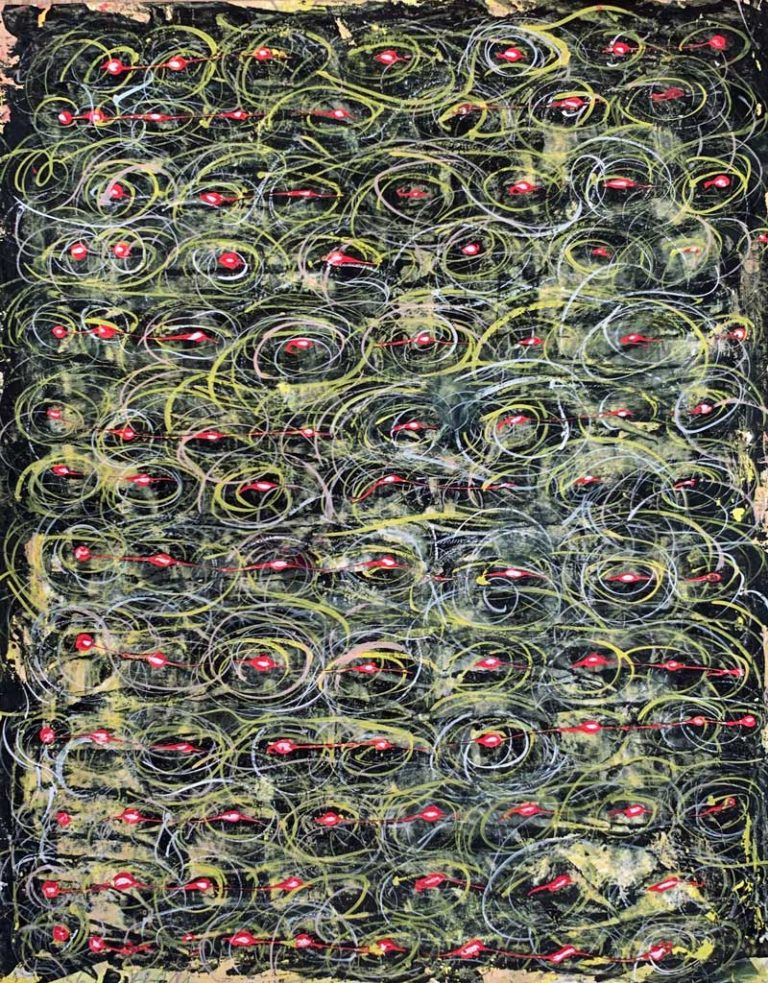 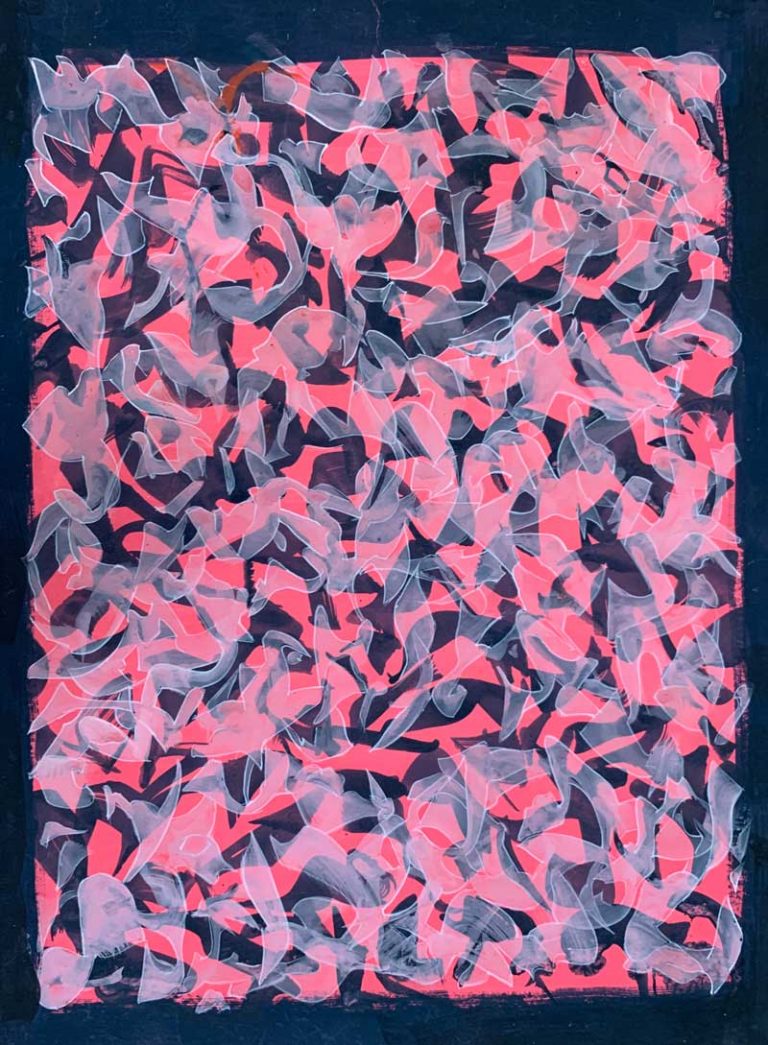 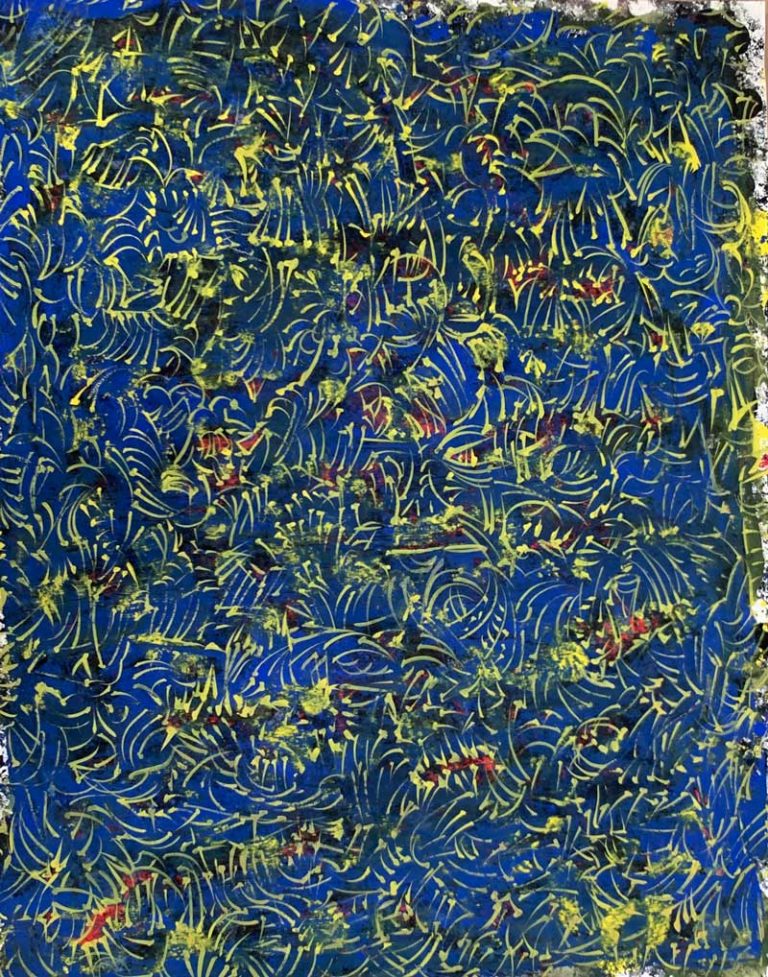 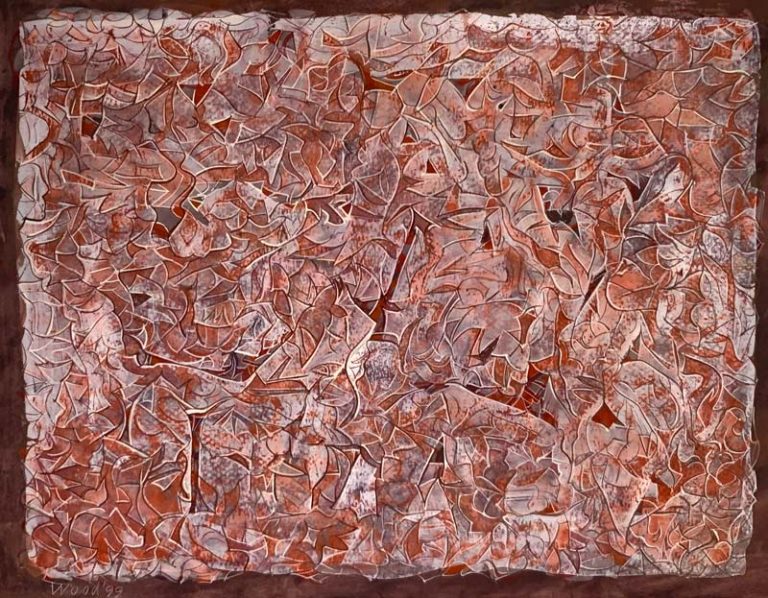 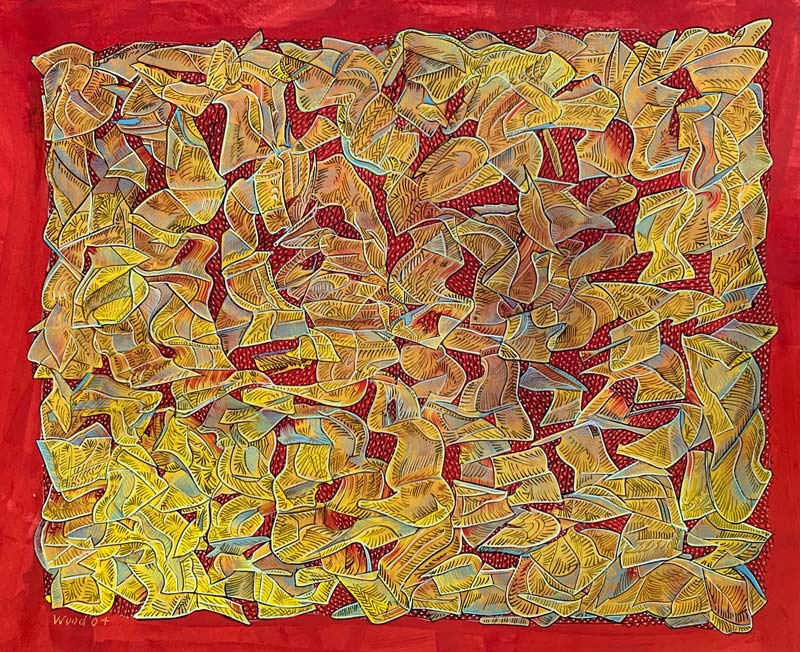