"There’s a phenomenon in the art world of the “overnight success a lifetime in the making.” Earlier this year I wrote about sculptor Arthur Kern, who at age 90 was making his commercial solo debut at Callan Contemporary, New Orleans. Closer to home, I recently got a sneak peek at a forthcoming exhibition by Vancouver, Washington-based sculptor Stephen Walter. At 73, he’s practically a teenager compared to Kern, but no less formidable an artist. He makes his solo debut at Murdoch Collections (2219 NW Raleigh St., Portland, OR) this coming Saturday, October 15, reception 2-6pm, and I’m excited to attend. For years Walter was a furniture maker who occasionally painted landscapes. Only in the last dozen years did he begin sculpting non-utilitarian art objects from found wood, mostly milled lumber and plywood. Leery of the spotlight and the intrusions of the marketplace, he was eventually discovered by Portland-based interior designer Vicki Simon (@vickisimondesigner), who became his agent/curator and introduced him to powerhouse dealer Marilyn Murdoch, who fell in love with the work, ergo the coming show. I find his sculptures by turns haunting and insouciant, reminiscent of Seattle-based sculptor John Grade, whom I first covered in 2011 when he won the Arlene Schnitzer Prize at Portland Art Museum. Like Grade, Walter creates sinuous forms inspired by Land Art and nature itself. Unlike Grade, who often works monumentally, Walter favors anthropometric scale and biomorphic contour. The sculptures seem to stand there looking at you as you look at them—like a wildlife encounter, uncanny! The more diminutive ones look like droids. Some are shot through with peek-a-boo slots and cut-outs, which aren’t really cut out at all, but meticulously built into the compositions: intentional voids, portals through which we glimpse intimate interiors. It’s a glinting, sparkly effect, these matrices, reminiscent of Gustav Klimt or Charles Rennie Mackintosh. I’m psyched to see the final install at the opening on Saturday. 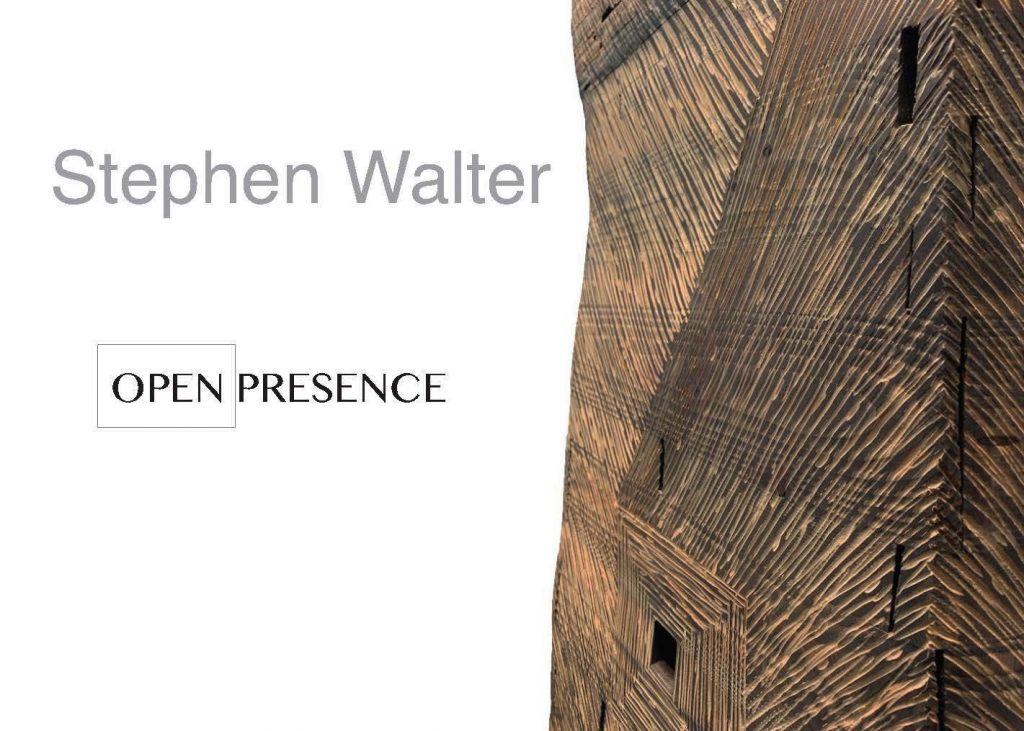 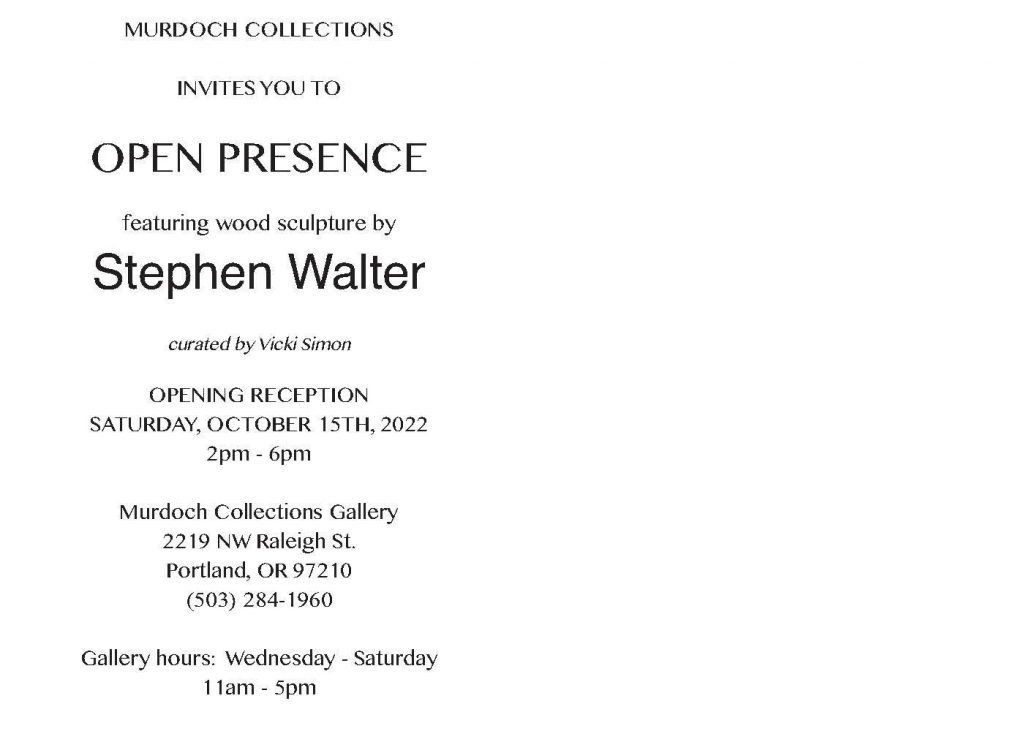 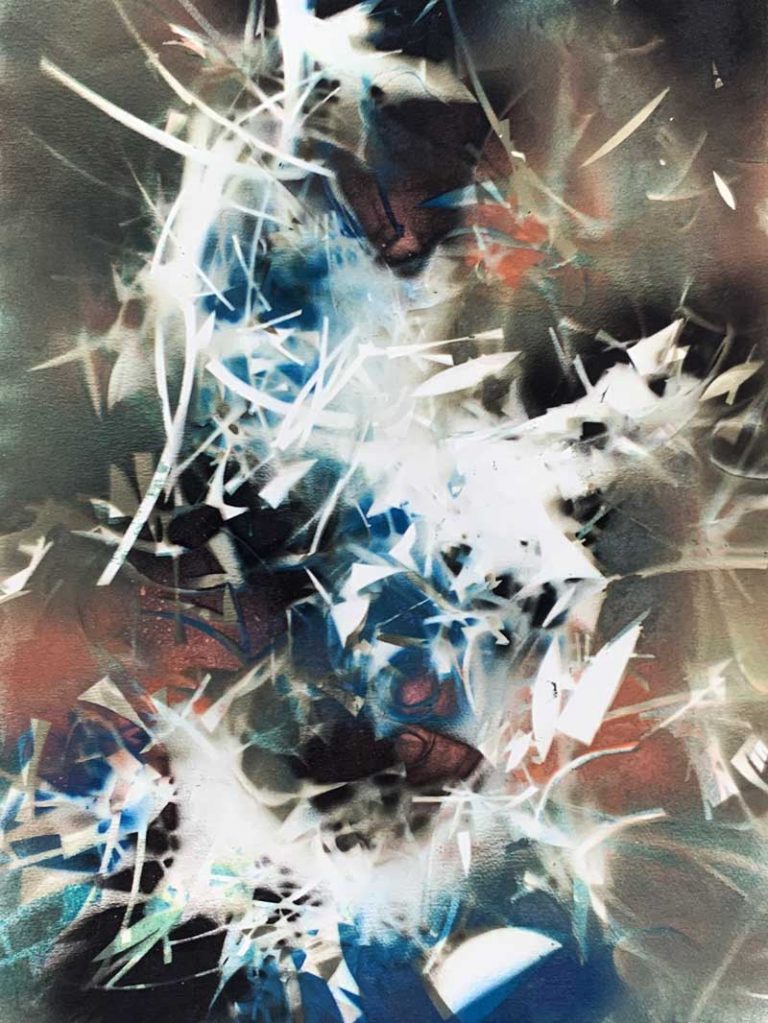 Thomas Austin Hardy started his art career early, having his first exhibition in the Portland Art Museum at only 16.

Originally from Japan, Nobu Nakamura was a well-known fabric designer with his own fabric company.

Sandro Negri’s collection of work boasts vibrant colors, brush strokes with gravitas, and a keen eye for the intricacies caught in landscapes. 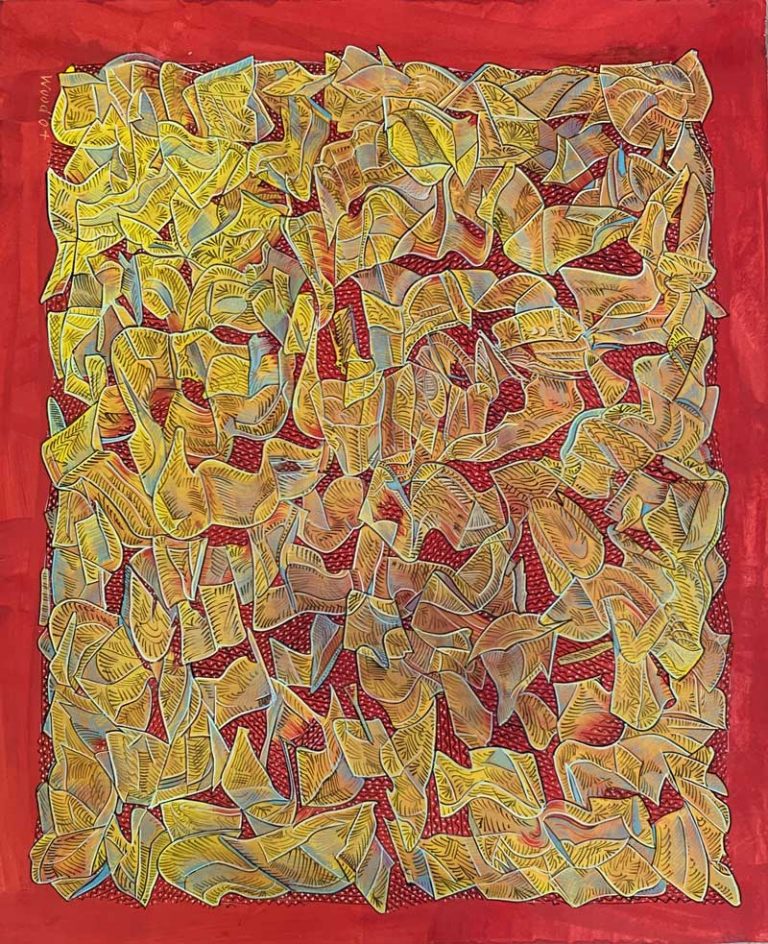 At Murdoch collections, we have multiple pieces by Stan Wood and would love to have you come by and explore.